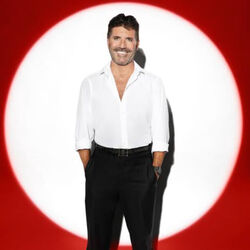 Simon Phillip Cowell (born 7 October 1959) is an English music executive, television personality, television producer, talent judge, and entrepreneur. He is best known on both the UK and the United States for his work as a talent judge on shows like Pop Idol, Britain's Got Talent, American Idol, The X Factor UK, and The X Factor USA. He replaced shock jock Howard Stern on the judging panel on America's Got Talent in 2016.

As a judge, Cowell is known for his blunt and sometimes controversial criticisms, wisecracks, and insults about contestants and their abilities or lack there of.

As a record executive, Cowell has launched the careers of such artists as Kelly Clarkson, Carrie Underwood, Westlife, One Direction, and Fifth Harmony just to name a few.

In 2019, Cowell introduced two spin-off series which are The X Factor: All Stars and The X Factor: Celebrity. While the celebrity version was airing he announced that the All Stars series was cancelled and was replaced by The X Factor: The Band. 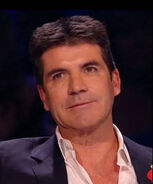 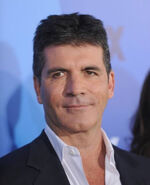 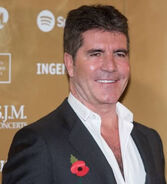 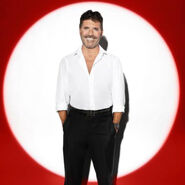 2019
Add a photo to this gallery
Retrieved from "https://xfactor.fandom.com/wiki/Simon_Cowell?oldid=23318"
Community content is available under CC-BY-SA unless otherwise noted.